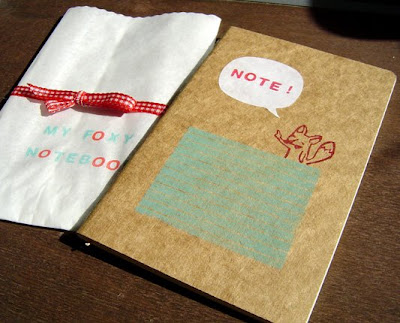 as flo the fox found so many friends in such a short time, he is now featured on little moleskine journals!! of course handstamped with my handcut fox stamp and a handpunched bubble added- reminds you of everything you never intented to forget.
... ;)

new stuff for the shops 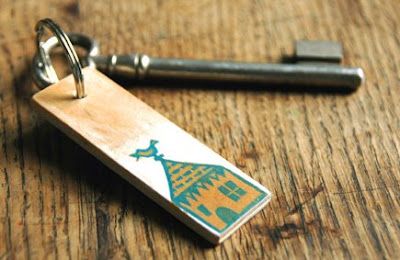 so, finally - the very new and unfamiliar feeling of being a married woman (hehe, still wondering..) has kind of settled and i found the time to post some new things in my dawanda shop, hopefully will list them on etsy this weekend...

here's a closeup of the keyrings i made from wood, of course handcut, painted, printed, polished and each one of a kind. i think i will not produce them big time, as it is quiet an effort to make them. so, only a few available! 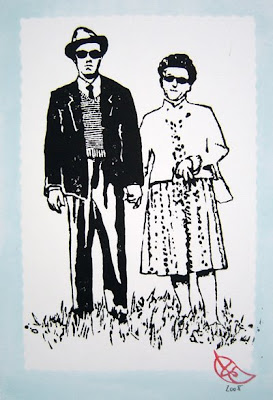 then i made a new version of this print from 2006, which i titled "stammheimer fruehling" it translates into "spring in Stammheim". Stammheim is the part of Stuttgart where i live and has a, well, "famous" history. In the 70ties, some of the leading heads of the RAF terror group committed suicide in the Stammheim High Security Prison, where also the court trials were handled. They called this time the "Stammheimer Herbst", which means the "Autumn of Stammheim" and it was one of the most dangerous and political heavy times of terror that Germany had to deal with since the war.. everybody in Germany connects Stammheim only with these horrible happenings and almost nobody knows how beautiful and peaceful this place is, outside the penitentary...........so, yeah, the coin always has two sides... When we moved into our little house in Stammheim in 2004, i discovered a box with old black and white photos from J's grandma. She was a very -ehm- lively girl in her younger years and there was this photo of her and one of her dates, all dressed up and looking like young Bonnie and Clyde, having a romantic rendezvous in the spring blooming park. I made this linocut from it and well, called it - Stammheimer Fruehling. For me it also symbolizes the start in a new life that J and I have kicked off when moving to Stammheim and sometimes we proudly perform under the name of "Stammheimer Fruehling".

Gee, I hope I got this all right in english words, not that there will be any misunderstandings..but anyway- the print is available in shops now ;)
Eingestellt von tinee um 12:43 1 Kommentar: 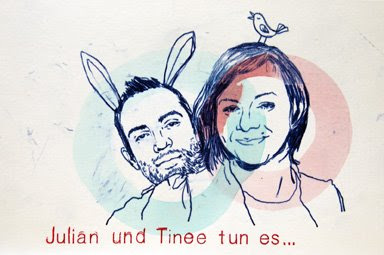 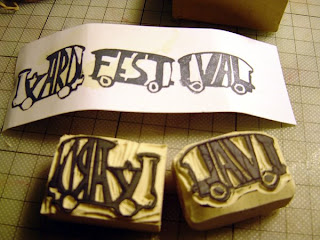 what a blast! not only was the yardfestival a great success, big fun and harmony party, it also hit me with a cold, so i was not able to post anything until now. i want to thank everybody who was involved, who helped, all the volunteers, musicians, artists, organizers, guests and happy people!!

this year's festival was very peaceful and loving, but unfortunately a very tragic incident casts it's shadow over the happiness: on saturday morning a young man, who spent the night partying at the yard, was hit by a train on his way home. we are all very shocked and sad. our thoughts are with his family and friends. 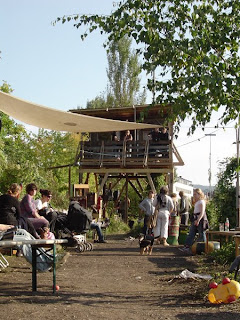 the tower, built by aaron and weiny. madness in wood!! 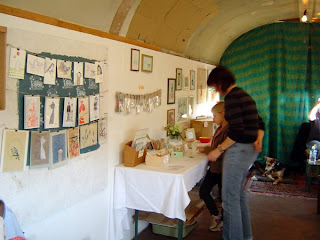 the einkaufswaggon, e.g. the yard shop with my siebenmorgen stuff.. 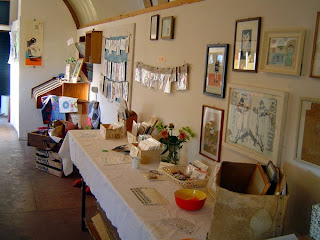 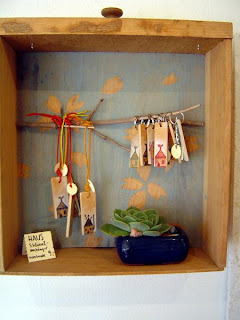 you find more photos from the yard here and more information in general here.